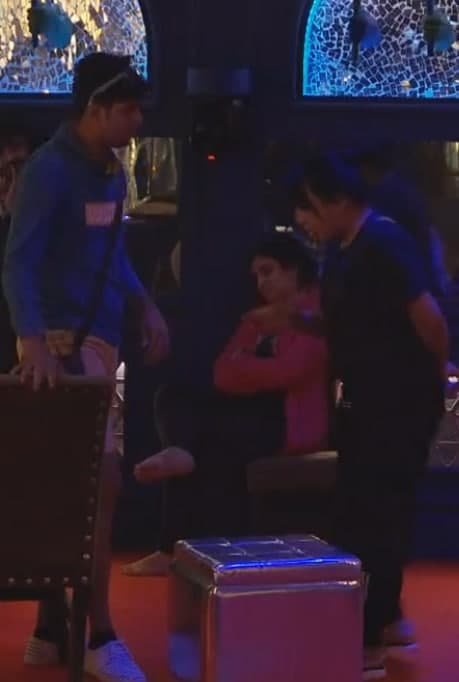 Bigg Boss 5 Telugu the biggest reality show.Day 2 in the house is full of quarrels,fights for power room and more..This article is about war of words between Anee master and jaswanth jessie.

What happened between Anee master and jaswanth jessie

Some housemates sat together and discussing near the table,while siri is going to leave jessie stopped her and told her to sat but she left from there,so jaswanth jessie was resting his legs on the chair where siri sat,soon there anee master arrived and asked jessie to remove the legs from the chair so that she can sit there,but the jessie ignored,anee master asked by addressing please remove your leg,later he removed and war of words started between anee master and jaswanth jessie.As it is a matter of respect anee master got hurt,Jessie said sorry to master but she was not in a situation to take it as she was hurted deeply with the incident.

Later she started crying and housemates gave her space to become normal.

That’s all the day ended with the fight.Stay tuned for more updates.