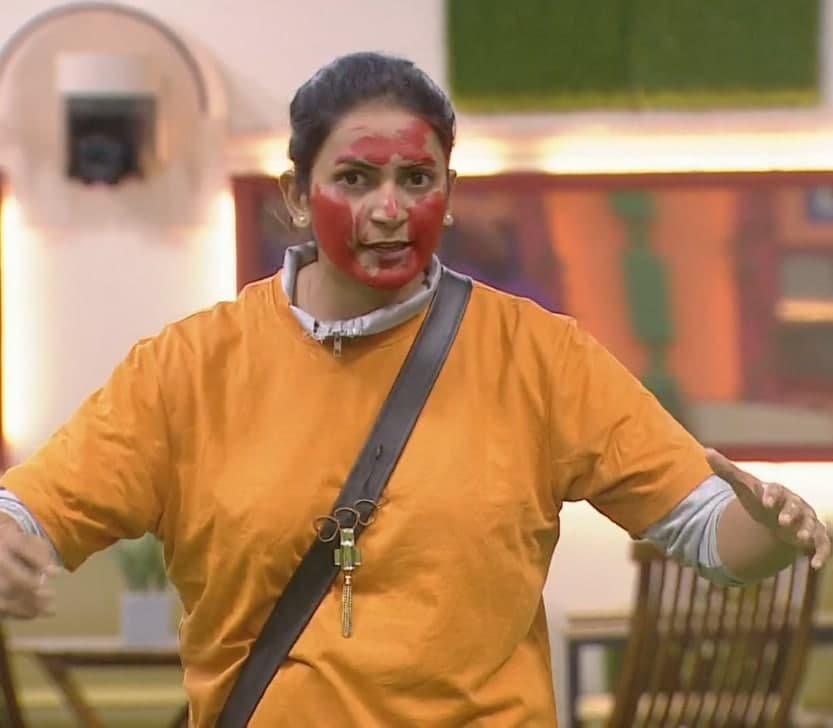 Day 8 of Bigg Boss 5 telugu-It is all about nominations in the house.The team wolf and team eagle nominated each other.

Swetha varma is on fire,she reacted in very anger and hit the color so strongly to lobo and hamida’s face.

Lobo and Hamida are fake-Swetha varma

Second week nominations are different as contestants are divided into 2 teams.Lobo nominated swetha varma for a reason that she is not participating in the tasks and all.she doesn’t seemed to be satisfied with the reason,just before the day lobo tied a band to swetha varma during evarithoset evaritho cut task.As he nominated her today just because of task,swetha doesn’t liked the reason for nominating and it seems to be fake for her.

Hamida and lahari nominated each other.Then after hamida nominated swetha,swetha argued for the reason she was nominated by hamida.She said both the lobo and hamida are fake.