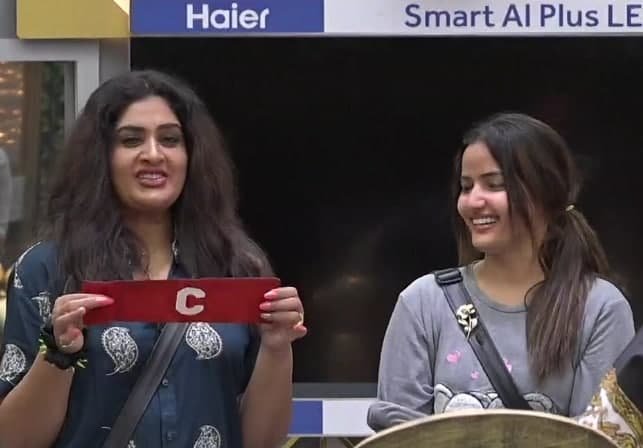 Vishwa,Maanas,Siri and Hamida participated in the captaincy task.The task is that contestants should do cycling continuously

Rest of the housemates should support them.When ever there is buzzer one contestant who picks up the star should provide water to the participants.

Priya is the director of captaincy task.After all fights,quarrels and competition siri won the task and became captain of the Bigg Boss 5 Telugu house

The captain band was honoured to siri by priya..