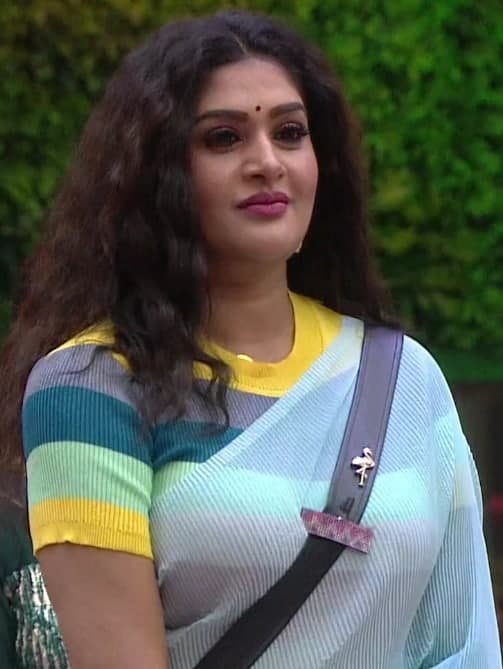 Prajapathi-Captaincy contender task came to an end.Ravi’s team became winner of the task.From Ravi’s supporters 3 members got a chance to become captaincy contender,as Ravi won the task he is the first contender.Along with him 3 others can participate.

Priya can become captain of the house-Bigg Boss surprise

Ravi,Swetha,Anee master and Hamida are selected as Captaincy contenders for the task.Bigg Boss gave a sudden surprise i.e he gave a chance to  priya and she can become captain for entire season,he punishment she got from power room is now ended,so priya  is eligible as captaincy contender,If one from selected contenders drops priya can now participate in contender task.

Hamida sacrificed her place because she is the reason that priya lost her eligibility to become captain.

Captaincy contender task is all about to protect each contender water tank from water leakage.Sanchalak should remove 2 blocks every time and supporters should replace the blocks with their fingers to protect the leakage of water.

So priya got more support and she won the task.Priya is new captain of Bigg Boss 5 Telugu House